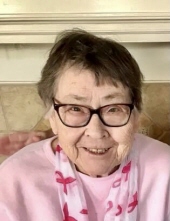 Born May 31, 1930, to Joseph Earl Smith and Olive Birdie Jenkins Smith, she was the youngest of four children.  Her early years were spent on a farm in rural Michigan. She graduated from Bay City Central and earned her teaching degree from Central Michigan University. Joye married Philip Giroux in December 1951. She taught French and English at South Lake High School in St. Clair Shores, MI and Big Rapids High School during her years as a beloved educator. She was a poet who initially wrote to ease the pain of losing her husband, Philip, to cancer in June 1969. She went on to serve as President of the Poetry Society of Michigan and publish several books.  Full obituary HERE.